Chainlink, impacted by the general market trend, has noted repeated price fluctuations over the past four months. However, other cryptocurrencies aside, LINK is at least a little above its June and July lows. This is possible thanks to its holders, who have maintained a bullish stance towards the crypto.

Chainlink ready for a comeback

Year-to-date, there have only been two instances of an unprecedented and immediate sell-off, and both occurred during unforeseen crash times.

The first was in June when the entire market crashed and LINK holders sold over 10 million LINK tokens in a week. The second and most recent case occurred towards the end of August when in a single day around 17 million LINK worth $117 million were sold by investors.

Exhaustion of supply of Chainlink in exchanges

After the crash, the price recovery was slow and on several occasions disappointing, but the gradual accumulation led to investors recovering around 13.5 million LINK tokens worth around 93.15 million dollars.

Interestingly, accumulation is not the only consistent occurrence, as despite consistently forming lower lows, LINK maintains its broader uptrend in the market.

But the wait continues

Although LINK may appear to be in an uptrend, its effects are yet to be felt by its 686,000 investors, with only 23% of investors still enjoying profits since May. 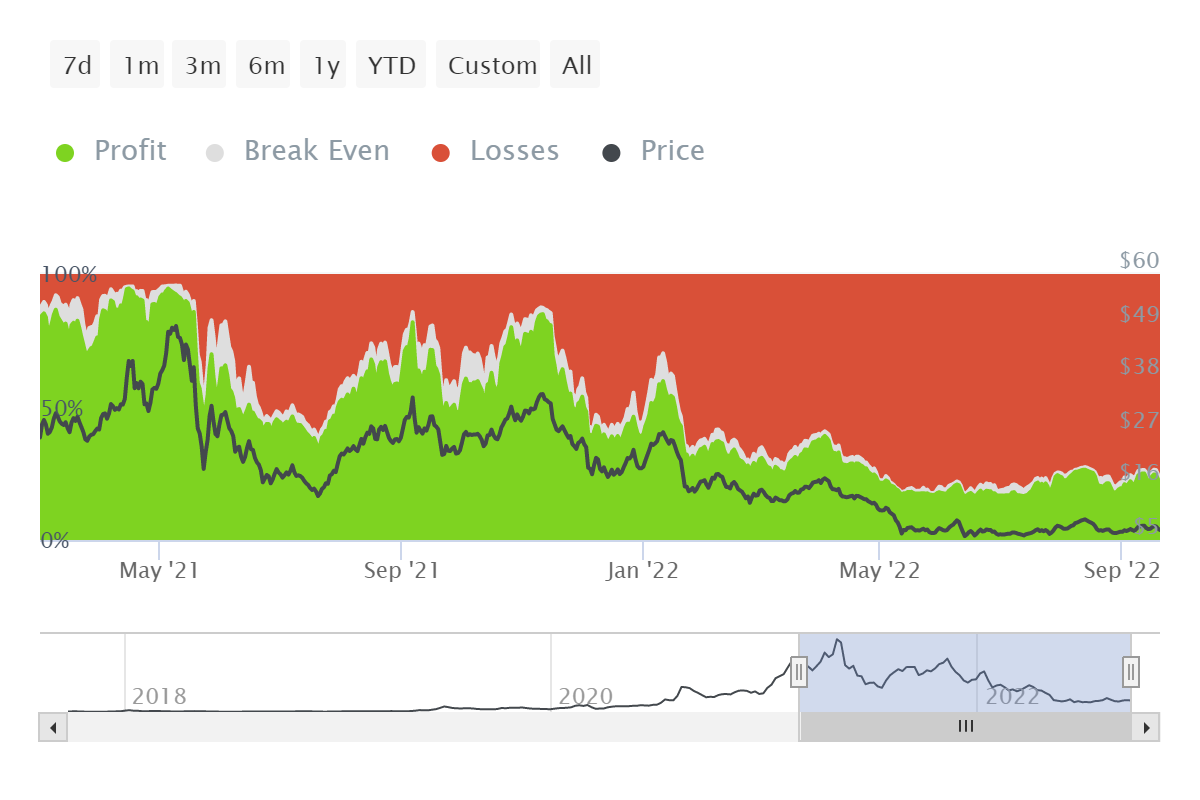 This situation can only be reversed when LINK hits $20, which in the past was the price at which at least 50% of all investors were in profit.

Web 3.0 is difficult to integrate. What if web 2.0 mobile gamers could immediately start playing fun F2P P2E games? G-Link’s platform will connect gamers, game developers and investors. Skyrocketing potential in P2E games Once a golden investment opportunity, the traditional gaming industry has slowed down and become crowded. Meanwhile, blockchain gaming has proven to […]