Appointed to provide detailed design and advance work on the project last year, BAM was contracted to reduce carbon emissions by 30% from baseline to original design by client Perth & Kinross Council, but managed to exceed this target by almost 35%. Further carbon reductions are expected to be achieved during the construction phase of the project.

According to calculations based on Ministry of Transport statisticsthe carbon savings achieved so far on the CTLR is equivalent to taking more than 20,000 small cars off the road for a year.

The project includes the construction of a new three-span bridge over the River Tay and six kilometers of new road linking the A9 and A93 in Blairgowrie and the A94 north of Scone. It also includes the realignment of two kilometers of dual carriageway on the A9 just north of the Inveralmond roundabout. 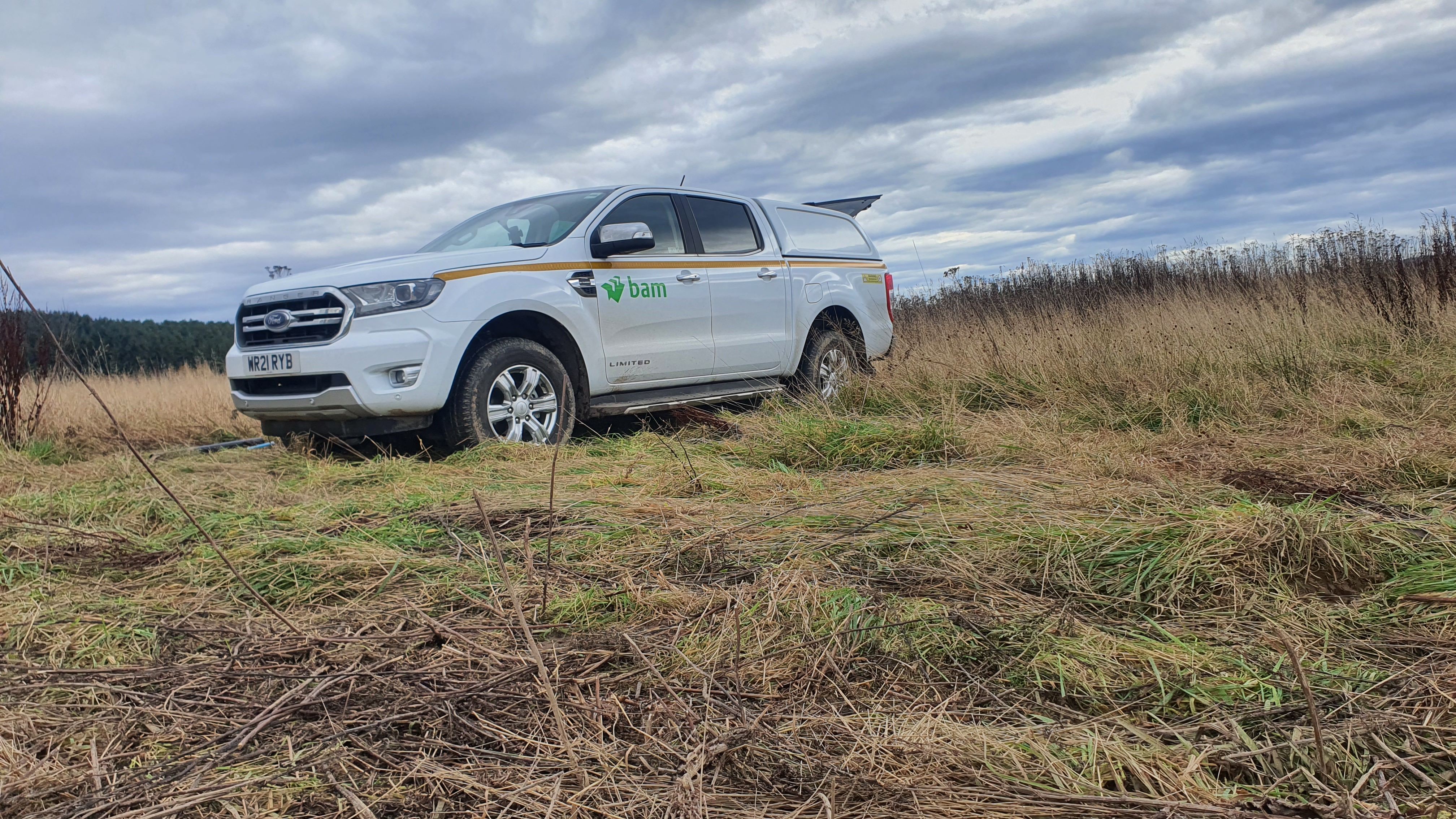 BAM was named to the project last year

Outlining the main reasons for the project, Jillian Ferguson, road infrastructure manager for Perth & Kinross Council, said the new road will significantly reduce traffic congestion and related pollution in Perth city center while opening up new opportunities for active travel and will provide access to areas around the city for sustainable development.

“The reasons for the decision to go ahead with the project were probably twofold,” she explained. “One of the main things is that Perth city center is designated as an air quality management area. The main streets Atholl Street and Bridgend and then the A93 across the bridge which goes up to Scone, are the two main areas where there is congestion.The combination of the tunnel effect created by buildings and idling cars causes significant pollution and the obvious health issues associated with it.

Jillian, who also acts as Customer Manager on the CTLR, added: “Going through all four phases of this project will effectively provide an alternative to cars rather than going through Perth city center which will then allow for free up this space for more sustainable trips. , which will include cycling facilities for buses and possibly electric vehicle charging stations in the future.

“So that’s the main driver behind it all. And then, at the level of the Local Development Plan, it opens up land for development and that’s where the economic aspect comes in.

When completed, the CTLR will facilitate a further £174m investment in new retail space with the potential to create 5,359 new jobs. Overall, the project will create an additional net economic output of £283 million for the region.

It is also hoped that the removal of downtown traffic congestion will encourage more visitors to spend time and money in the city, not to mention the significant local employment opportunities and supply chain benefits presented during the delivery of the project. By 2035, the project will have opened land suitable for more than 9,200 new homes.

To help keep carbon emissions to a minimum, the project has been carefully designed to recycle every ton of earth that needs to be moved during construction. Earth materials from excavations are moved to form other elements, for example, road embankments needed for the overall design. By keeping all earthmoving movements within the site boundaries, the contractor has significantly reduced construction traffic added to the local road network.

This, together with changes to the road pavements, sidewalks/cycle paths and road drainage using more sustainable solutions and the use of low carbon materials as well as design changes to the bridge structures, have all helped BAM exceed its carbon reduction targets. 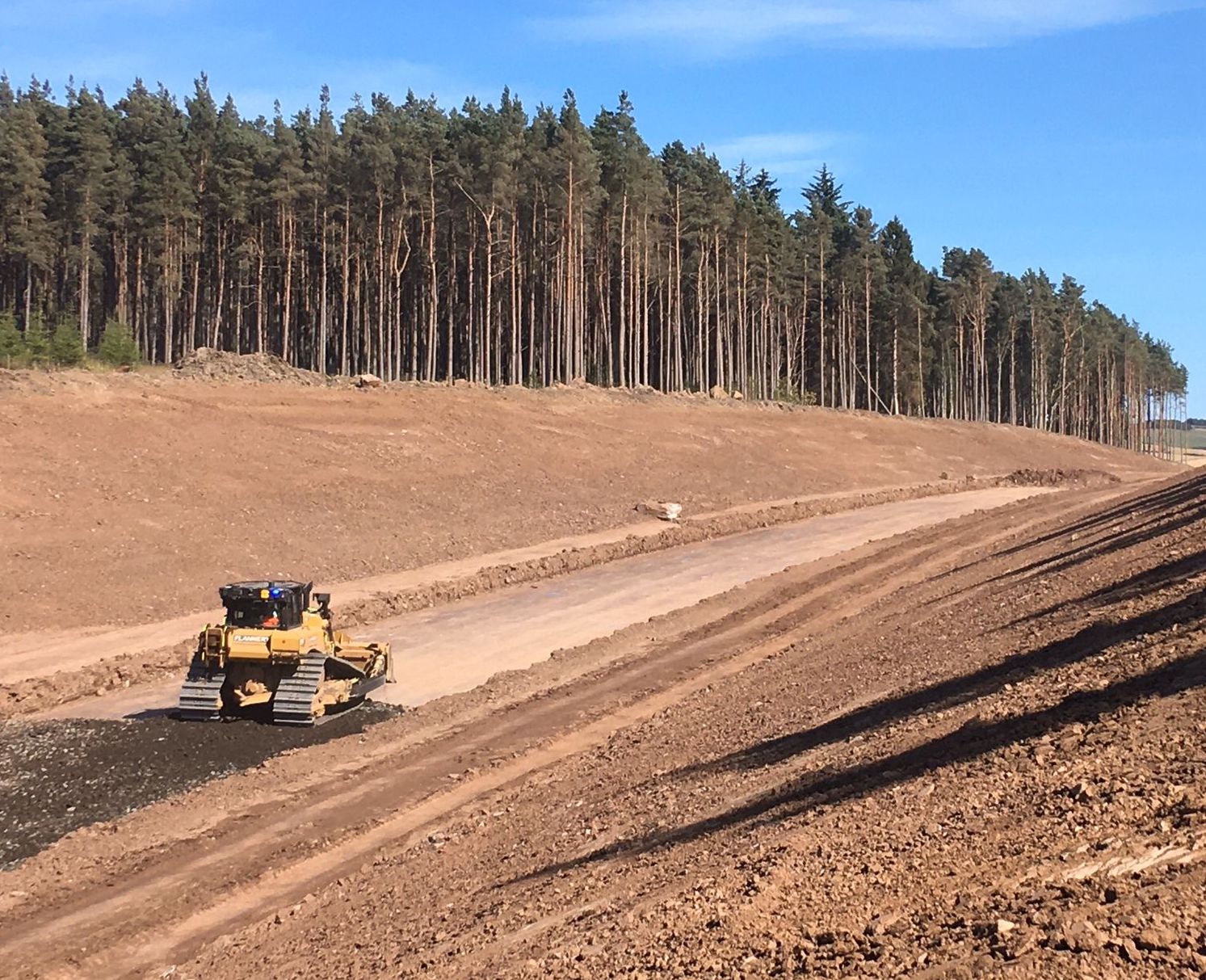 “There is no way to undertake the construction of a complex major infrastructure project such as the Cross Tay Link road without having significant carbon emissions, but with careful design and project management combined with smart project delivery, we can achieve massive carbon reductions,” BAM said. William Diver, Nuttall Project Manager.

“Simple steps like using a modern, fuel-efficient factory, a GPS-enabled factory, and sustainable local material selection and sourcing have all helped reduce the project’s carbon footprint. This is just the start of the build phase, so we will be refining and improving the way we work to deliver even more carbon reductions as the project develops.

BAM Nutall project manager Derek Walsh provided more details: “A good example of how we have worked hard to reduce carbon on the project is the switch from pipes to gullies which is a more efficient system. with less maintenance in the future too. Aggregates is another area as we have done our best to source aggregates as locally as possible for the project. Engaging Tayside Contracts to supply the materials for the program has also given us success.

“On the structural side, together with our customers, we have tried to reduce spans and widths where we could to minimize concrete consumption. On the bridge itself, we didn’t compromise on the widths to take into account pedestrians and cyclists, but in terms of the cross-section of the bridge, we managed to reduce the carbon content. 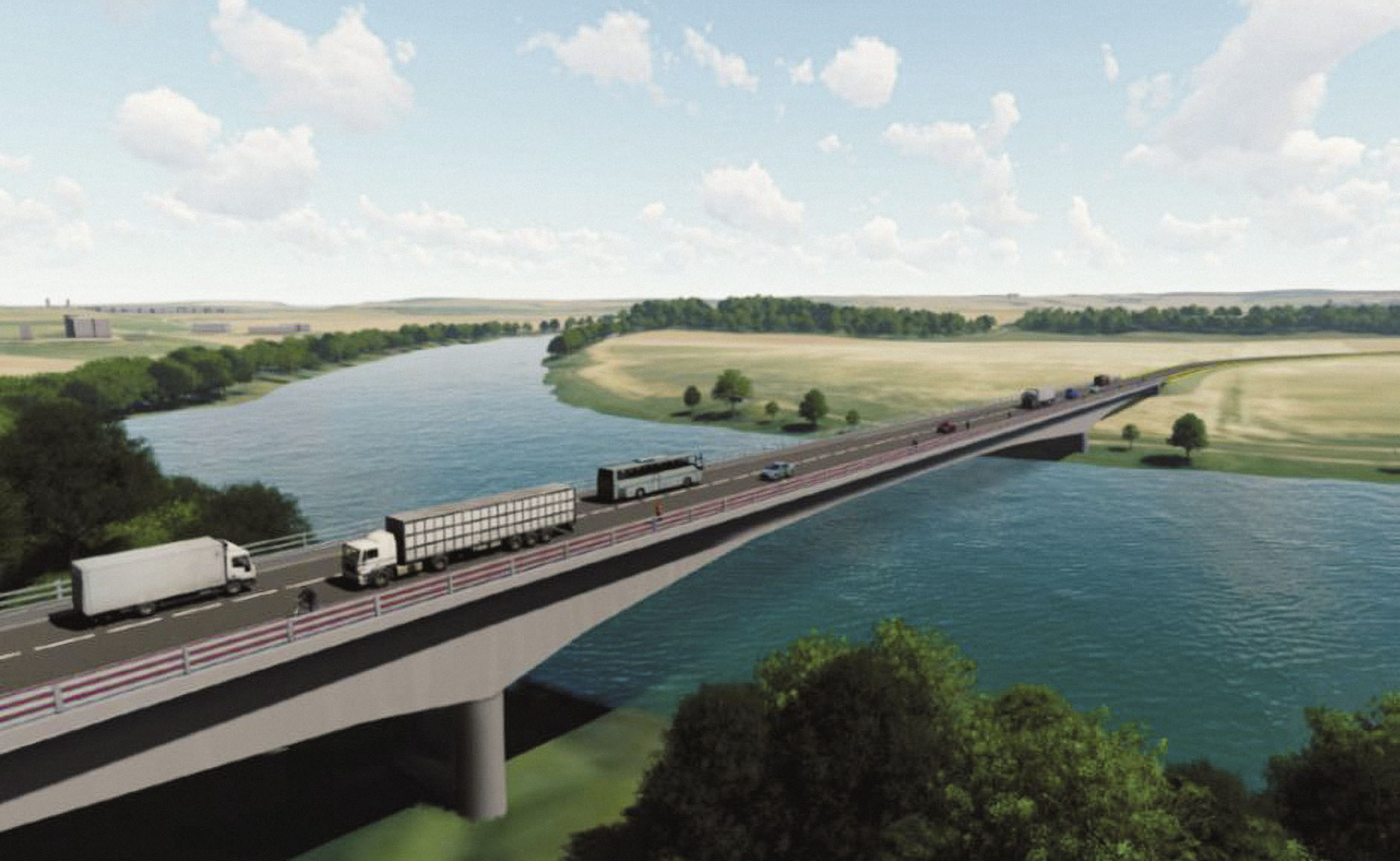 The project’s approach to carbon savings is used as best practice by the Scottish Government, in large part because a focus on reducing carbon emissions throughout the design and construction process was built into the project from an early stage. Sweco was appointed lead consultant in 2017 and took the development to the specimen design stage, considering ways to make it more sustainable and reduce carbon through design from the start.

“Reducing carbon output is a key deliverable for the project when it is complete, as it will act as a catalyst to help move traffic out of the city center and promote active travel options. We are pleased with the progress BAM has made in placing carbon reduction as a central theme during the detailed design and construction phase of the project,” said Jillian Ferguson.

“In its detailed design, BAM then had to meet the objectives that we had set ourselves in the contract because we had insisted on it so much in the tender. We looked at value engineering when BAM was named, but carbon came into play then as well. We didn’t just cut costs.

Benefits for the community

As with all major projects, community benefits played a key role in CTLR. Projects slated to receive support include the local Men’s Shed, birdhouses, walking trails and mental health initiatives. Where Perth & Kinross Council may have differed from other clients is in setting up community groups, one for the east of the project and another for the west, to offer diverse feedback and varied on the projects that would most benefit their respective communities.

Jillian said: “In our contract, we have outlined many community benefits specific to the project, such as biodiversity, community involvement and education. We also had a cultural aspect throughout it with art projects lined up.

“Our community groups needed to be representative of the community, not just include the community councils. We have limited it to one member from each organization and for a group, for example, to include representatives from the football team, school, tennis club and scouts. But also individual members of the public were also invited to join. Groups were then asked to pitch what they wanted to see in the community that could improve it. 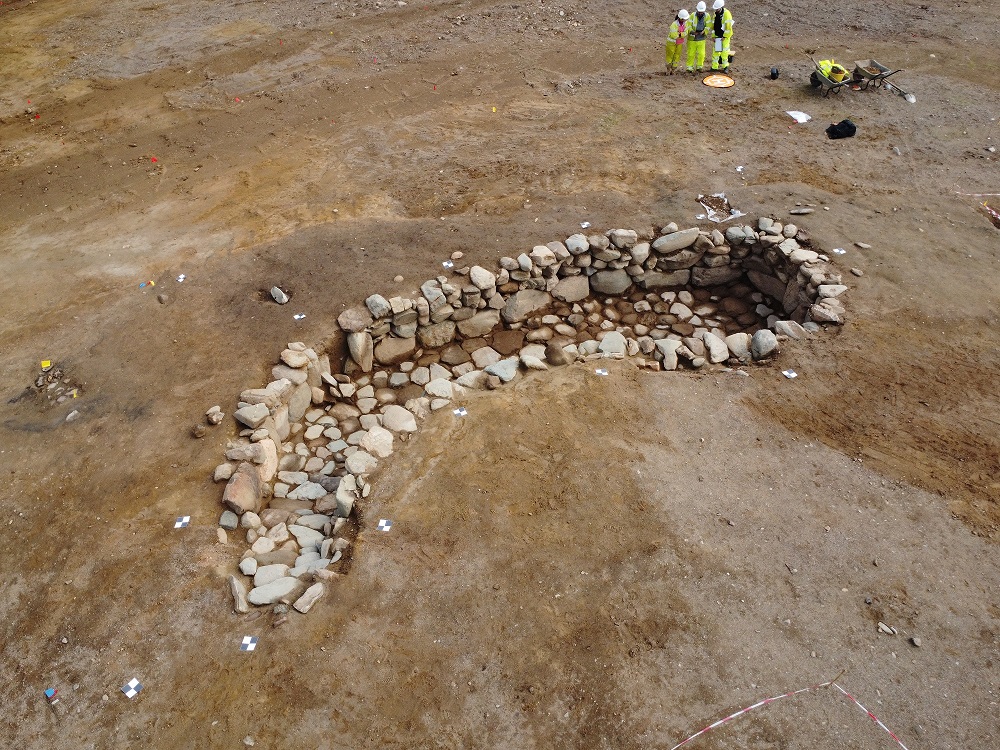 An underground in place on site

“We collected all of this information and these projects were each assigned to engineers who are studying feasibility and drafting designs before returning to community groups.”

She added: “We have also been in contact with Perth Prison about the possibility of including ex-offenders in the program so that they can do work, but it is also more about training them. and to provide them with other skills that open up their paths. descend once released from prison.

The Cross Tay Link route is expected to open in early 2025.

Chainlink indicators are flashing positive, what effect will the LINK price have?

Along with Bitcoin, Ethereum, XRP, Cardano and many other altcoins, Chainlink has also had a bull run. According to analysis by an analytics firm, Santiment says that although Chainlink has gained more than 40% since July, the asset is now exhibiting some sort of upside volatility. Among many such indicators that point to the price […]

New Jersey, United States – water sensor market The 2022-2029 report has been prepared based on an in-depth market analysis with input from industry experts. The Water Sensors Market study sheds light on the significant growth momentum that is anticipated to prevail during the assessment period 2022-2029. The study offers statistics on key segments in […]

Danish transmission system operator (TSO) Energinet and Gasunie Deutschland have signed a Memorandum of Understanding (MoU) to work on preparations for cross-border hydrogen infrastructure between Denmark and Germany, which will speed up preparatory work and will put countries’ green hydrogen ambitions on track by 2030. Given that the development of the regulatory framework in both […]