On a rainy Monday morning (October 17), thousands of motorists traveling from Johor Bahru (JB) to Singapore were trapped in a massive traffic jam along the Tuas Second Link.

Some of them were reportedly stuck in traffic for up to four hours before finally arriving in Singapore.

According to the Oriental Daily, the heavy traffic was suspected to be caused by a technical problem at Singapore Customs.

However, the Immigration and Checkpoints Authority (ICA) clarified that there were no technical problems that morning.

Since dawn on October 17, motorists have taken to Facebook to share massive traffic jams along Tuas Second Link.

At 6:05 a.m., the road was already crowded with vehicles, and the estimated time needed to reach Singapore was 65 to 100 minutes. 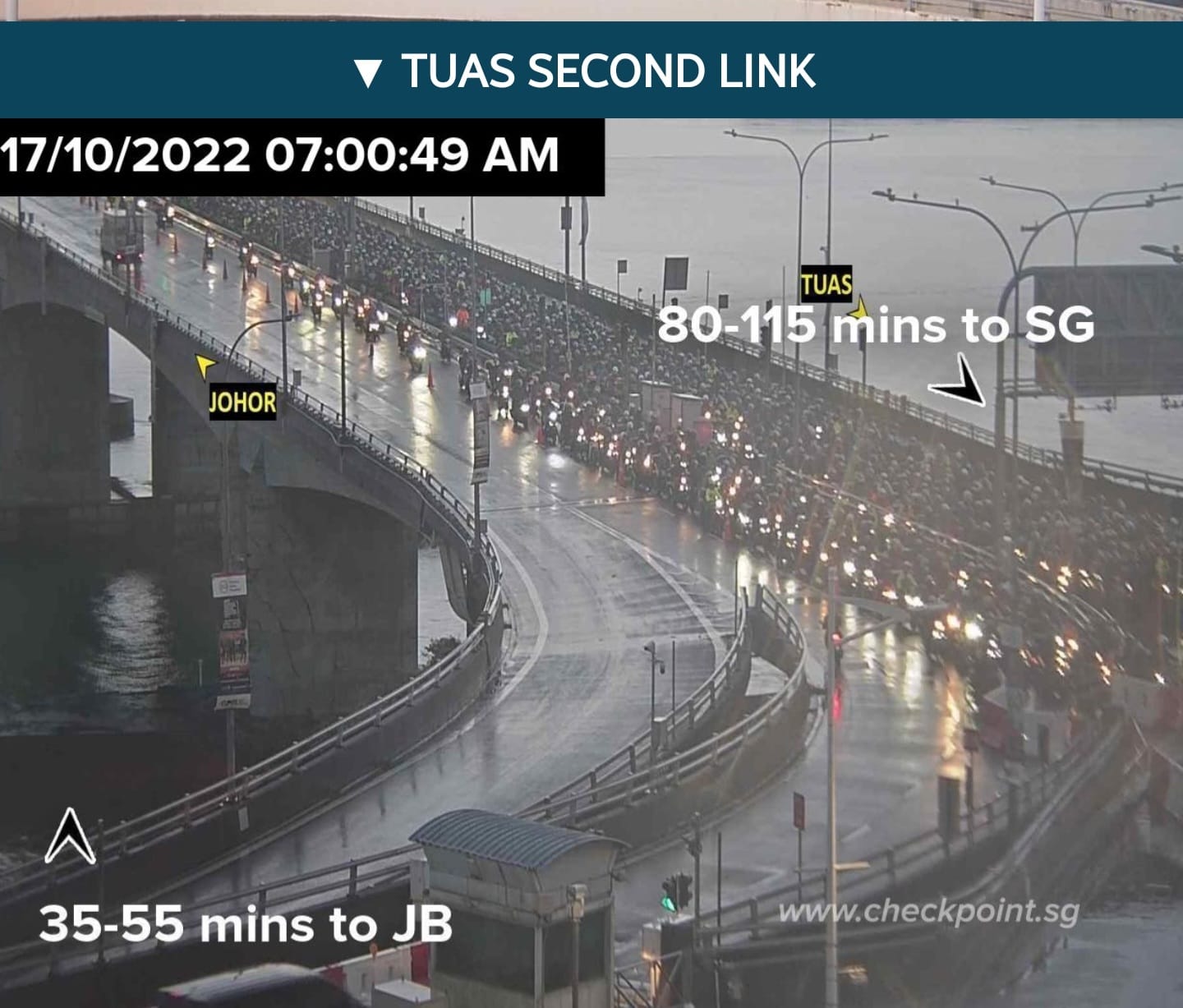 As the morning wore on, the traffic grew heavier and heavier. The estimated time to get to Singapore at 8am was between 105 and 160 minutes.

Around 9 a.m., a netizen shared a video showing traffic at a standstill. She said the vehicles hadn’t moved since 7 a.m.

Even at 10 a.m., traffic was still extremely congested. 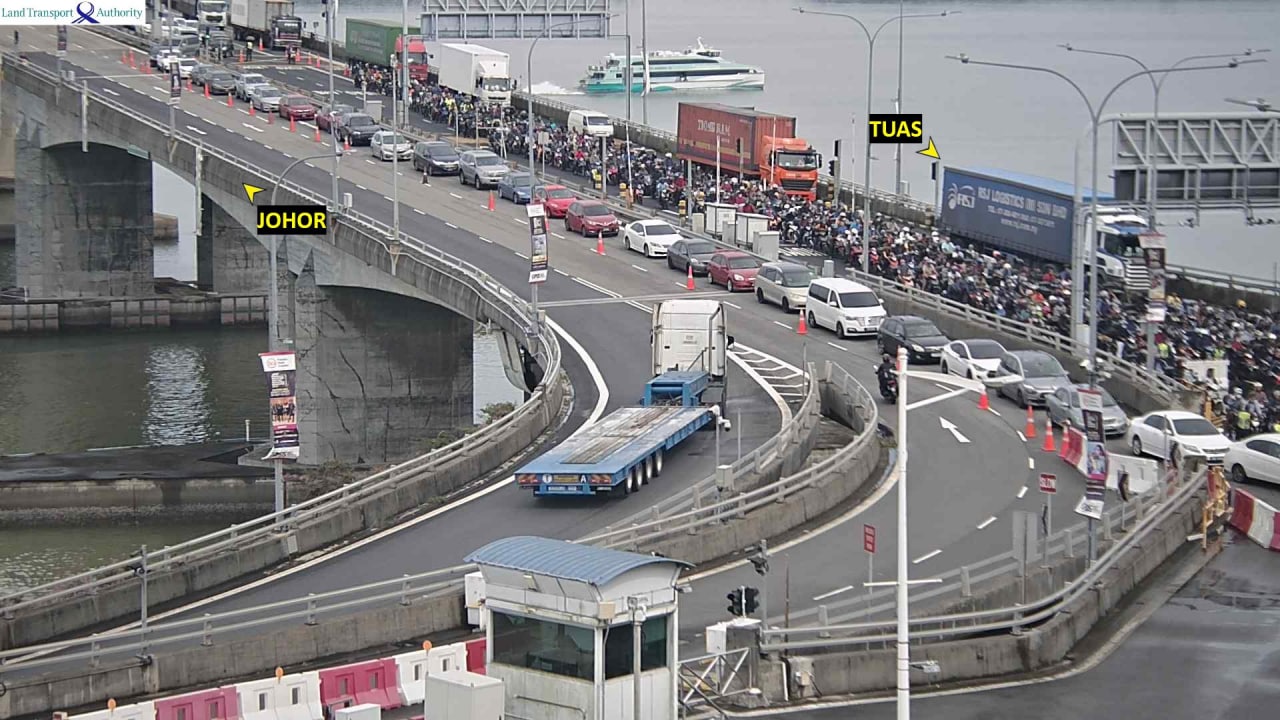 A large number of motorcycles, cars and heavy vehicles were seen on the road.

Motorists stuck in traffic jams for up to 4 hours

It took him three hours to successfully cross the Tuas Second Link.

Speaking to Oriental Daily, he claimed there were technical problems at the Singapore checkpoint which left everyone stuck in long queues.

To make matters worse, it was also raining at that time. As a result, motorists were all trapped in bumper-to-bumper traffic.

Mr Zou went on to say that his wife also took the Tuas Second Link to Singapore by car. It took him nearly four hours to clear customs.

Another Malaysian worker said he started his trip to Singapore at 6:15 a.m. but did not arrive at his workplace until 9:50 a.m.

The ICA says the traffic jam was likely due to rain

In response to this, one netizen pointed out that it’s not that the system is down.

There may be so many Malaysians working in Singapore that even the computers just can’t handle it.

Another user urged people not to complain about either country’s system. He went on to say that with the huge crowds every day, technical errors are inevitable.

Talk to MS Newsan ICA spokesperson said there were no technical errors on the morning of October 17. The blockage was probably due to rain.

So if you are planning to travel between Singapore and JB, check the One Motoring website for traffic conditions before embarking on your journey.

Refiloe Mpakanyane interviews Dr. Fundile Nyati, CEO of Proactive Health Solutions. – The study was conducted by researchers at Walter Sisulu University in Mthatha. – The study revealed that the risk of this type of cancer is increased by the consumption of umqombothi, associated with a fungus present in improperly stored corn. – The Eastern […]

Marshall County Drug Task Force officers arrested a Guntersville man for cocaine distribution related to multiple overdoses. Drug Task Force Commander John Siggers said between Feb. 25 and Feb. 27, five confirmed overdoses were reported in Marshall County, resulting in the deaths of two people. Since this weekend, the task force has been investigating these […]

Google has put more and more emphasis on making the “Recents” view in Android more useful over the past few years, and in Android 12 we get one of the best locations for this to date. With Android 12 Beta 3, Google Chrome adds a handy link share button to the Recents multitasking menu. Working […]